I was born in California to a brick mason father and a homemaker mother. At the age of three, my family moved to Washington near 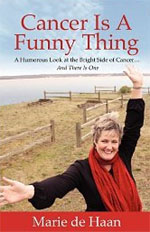 In grade school, my favorite subject was English. That love continued throughout high school (a tiny, private school that I loathed). Writing was my only redemption; my teacher told me that I would be a writer one day.

I skipped college and went to work right away at a local insurance company. Working my way up the ranks of file girl to insurance agent (how excited can a person be in that vocation?), I wrote the occasional poem and went on to have three children, figuring the idea of being a writer was just a bit too lofty for me.

Now in my early forties, I decided I had waited long enough. Every night, after everyone had gone to bed, I snuck to the family computer and made a pact with myself that I was going to… write a novel.

I pecked away at the keyboard, muttering to myself that I didn’t know what I was doing. I didn’t go to college. I wasn’t smart. Peck, peck, peck.

A few short months after my rough draft of THE LIGHTHOUSE NEVER DIMS was complete, I found myself sitting in a college classroom. I eagerly listened as the instructor advised “How To Get Published”.

Then, God had other plans for my life: I was diagnosed with Stage III breast cancer.

My novel was put on hold, I entered treatment, and instead, I switched “kicking and screaming” to non-fiction.

CANCER IS A FUNNY THING… it will make you laugh and cry… and have a little hope.

Marie de Haan-wife, mother of three, piano teacher, songwriter, and writer-was leading an impossibly busy life. All of that changed 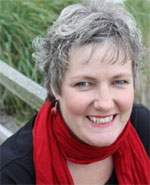 when she was blindsided by a diagnosis of Stage III HER2/neu breast cancer. She got even busier. From chemotherapy and surgery to battles with the insurance company, tussles with her naturopath over the consumption of sugar to internal debate over whether or not to endure radiation, Cancer Is A Funny Thing details how Marie handled these issues: with humor and grace. And Häagen-Dazs chocolate-mint ice cream.

Peggie King, Author of Fit Food for Foodies Hi, my name is Peggie and I’m a foodie. Over the years I’ve cooked and...