Many new authors expect that a traditional publisher is going to promote the heck out of their books. Unfortunately, this is rarely the 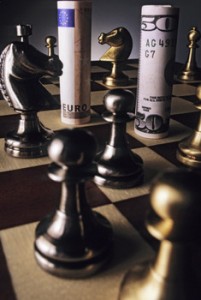 case. Most publishers have thin marketing budgets and the majority of their marketing spend is allocated to celebrity authors. New authors are forced to prove themselves by promoting books on their own.

The publisher will list your book in their catalog and promotional mailings to libraries and other book-buying sources, but that’s where the fun usually ends. And yes, most will get your book placed in bookstores. But that isn’t marketing and the reality is that the majority of book sales today happen online. Bookstore placement is not a guarantee for major sales. In fact, I would argue that bookstores are one of the worst places to sell books. They typically stock just one or two copies of each title and if the books don’t sell within a few months, they are returned to the publisher for a full refund. There is simply too much demand for shelf space.

Speaking of bookstores, the promotional end-caps are based on a pay-to-play model. The publishers bid to feature their books in store displays, and once again publishers rarely take a chance on new authors and instead stick to promoting authors with a proven sales history.

Sometimes publishers employ or sub-contract a “publicist” who will try to get you media placement. A traditional publisher that released one of my books assigned me to work with their publicist and I was thrilled. But in the end, she landed me a blog submission on an obscure site and exactly one radio interview. I could book three interviews myself within an hour.

This is why the big publishers want authors to come to the table with a “platform,” which essentially means a built-in audience ready to buy the book. This cuts the publisher’s risk because it helps to guarantee that the book is going to sell. When you write a book proposal, one of the most important elements is the marketing plan. The publishers want to know what you’re committed to do, and you can get their attention by committing to invest $10,000 or more in marketing. You can also ask them to match your budget, but these days most won’t.

It is important to note that some of the small to mid-size presses may actually work a little harder than the big guys to promote books because their bottom line depends on each and every title. But once again, don’t count on any miracles here. The majority of the work will still be up to you.

Yes, this is one of the many reasons why I personally decided to leave traditional publishing behind. It makes no sense to me to do the bulk of the work while the publisher receives the majority of revenue generated!

Traditional Publishing Myth #1: The Publisher Invests Big Bucks in Book Marketing Whenever I speak to audiences about publishing, it still surprises me that so many new...