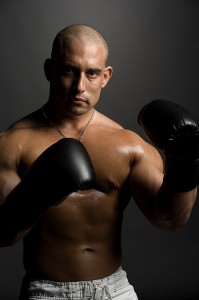 There have been rampant rumors in the publishing industry in recent months about Barnes and Noble and its policies to not stock books by Amazon authors. Amazon owns several imprints so presumably this ban on their books by the largest brick and mortar bookseller includes books published under the following Amazon imprints: Createspace, AmazonEncore, Amazon NY, Thomas & Mercer, Montlake Romance, Amazon Crossing, and 47North.

A new report confirms that Barnes and Noble is taking a stand against Amazon and ordering local stores to stop carrying titles, even those by well known authors.

What This Means for Authors

While it may seem that B&N is throwing a tantrum, it looks to me like they are standing up against a big bully. Amazon’s KDP Select program requires authors to limit their ebook distribution to Amazon only, forcing authors to eliminate distribution to Barnes and Noble Nook readers (plus iPad and other e-readers). I’ve said before that I will not personally participate in the KDP Select program for this very reason. I don’t think it’s fair for Amazon to require exclusivity. It’s not fair to readers or to authors who may want to acquire and distribute books elsewhere, and it’s a blatant attempt by Amazon to further dominate the ebook market.

Most of us in publishing have a love-hate relationship with Amazon. We are glad they sell our books, but they have also put a lot of small publishers and book retailers out of business. I understand that the world evolves and the business landscape changes, but Amazon could do a better job of playing nicely in the sandbox. Amazon’s own clients–its authors and those who have paid to publish with Createspace–are hurt by this battle with B&N, but my guess is that Amazon won’t back down.

I’ll be watching for updates on this matter and will keep you posted with new developments. In the meantime, feel free to share your thoughts in the comments box below.